INTRODUCTION TO LINUX
What is Operating System ?
Operating system is an interface between user and the computer hardware. The hardware of the computer cannot understand the human readable language as it works on binaries i.e. 0’s and 1’s. Also it is very tough for humans to understand the binary language, in such case we need an interface which can translate human language to hardware and vice-versa for effective communication. 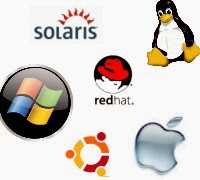 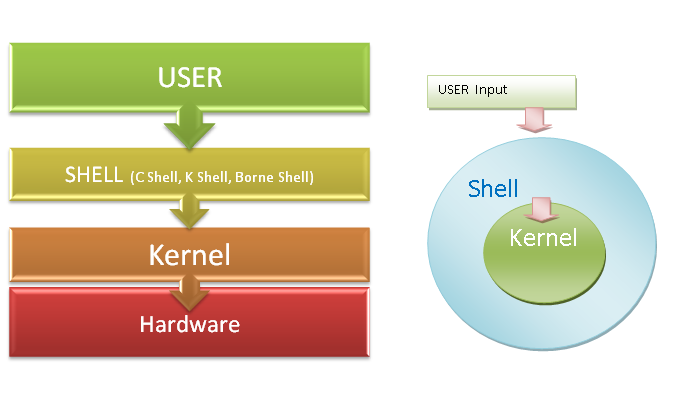 The architecture of UNIX can be divided into three levels of functionality, as shown in Figure . The lowest level is the kernel , which schedules tasks , manages resources, and controls security. The next level is the shell, which acts as the user interface, interpreting user commands and starting applications. The highest level is utilities, which provides utility functions. In other words it is the USER level, as user is the one who operates those utilities.
FILESYSTEM HIERARCHY 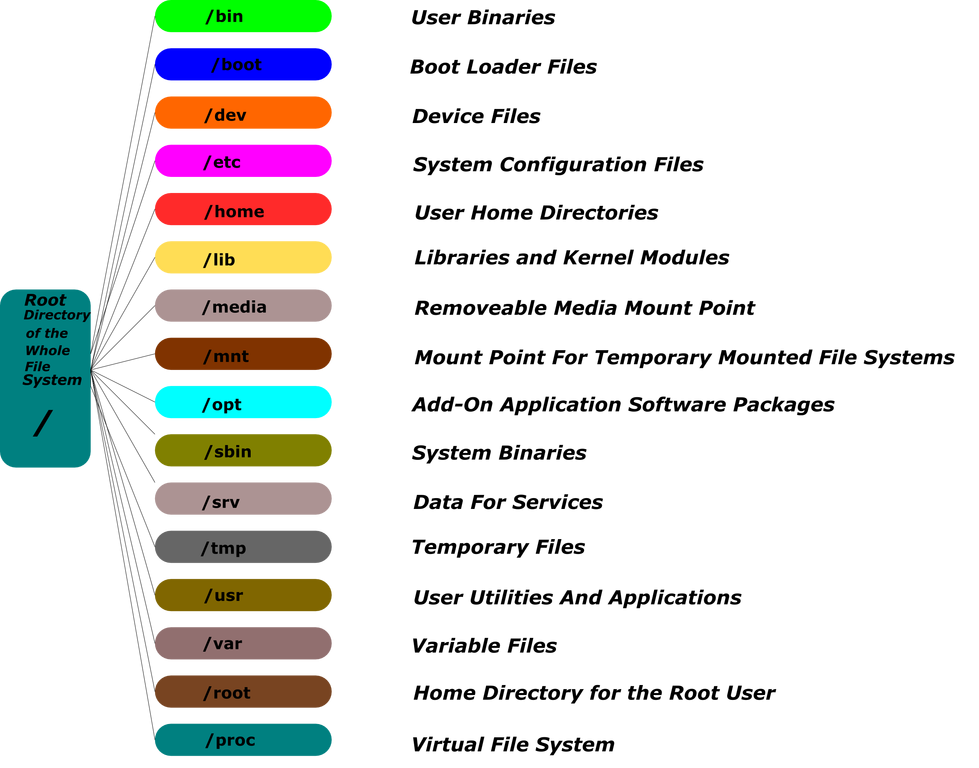 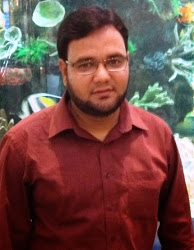 I have been working in IT industry for more than 10 years and still trying to learn new things and always amaze to see the changes coming in the industry.

Though I've been involved into various fields such as AIX, POWERHA, LPAR VIO, LINUX, LINUX CLUSTERS, VMWARE VIRTUALIZATION AND OPENSTACK, DevOps, etc. I still find myself as the aspirant to this technology and learn new things every often in the field or in the classroom.

As a trainer it is always a challenge to give best of your ability and satisfy the students from different background and expectations,

By God's Grace, I've been teaching the above said technologies for the same duration,with over 300 batches including online/offline , corporate etc. and happy to know my students find me satisfactorily doing my job as per their expectation and making the subject simple and understandable. 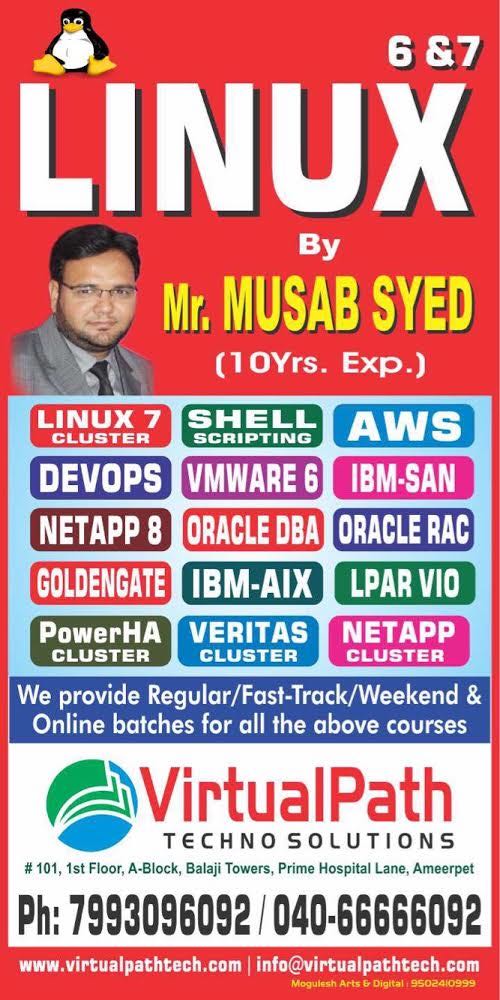